Our Call for an Artist in Residence raised a lot of interest within the art-science community worldwide. Our jury panel had the difficult task of selecting from 80 applications from 29 countries.

A jury panel, composed of members of the BIOPROCESS LABORATORY, BIOFACTION as well as an independent art curator, carefully reviewed all applications and interviewed a final shortlist. The exponential quality of the shortlisted applicants  led us to establish not one but two residency spaces.

We are thrilled to reveal the two selected artists, who we believe would most benefit from the residency based on their background and proposals entered:

(at Bioprocess Laboratory, ETH Zürich, Basel, in collaboration with Biofaction)

(at Wagner Lab, University Regensburg, in collaboration with Biofaction)

Read on to find out more about both artists and their experiences!

The program proved very satisfying for all parties, which is why we collaborated with our artists and scientists to produce an art-science booklet called “The Art of Antibiotics”,  documenting both residencies. Scroll or click to the end of this post for a list of places to get a copy! 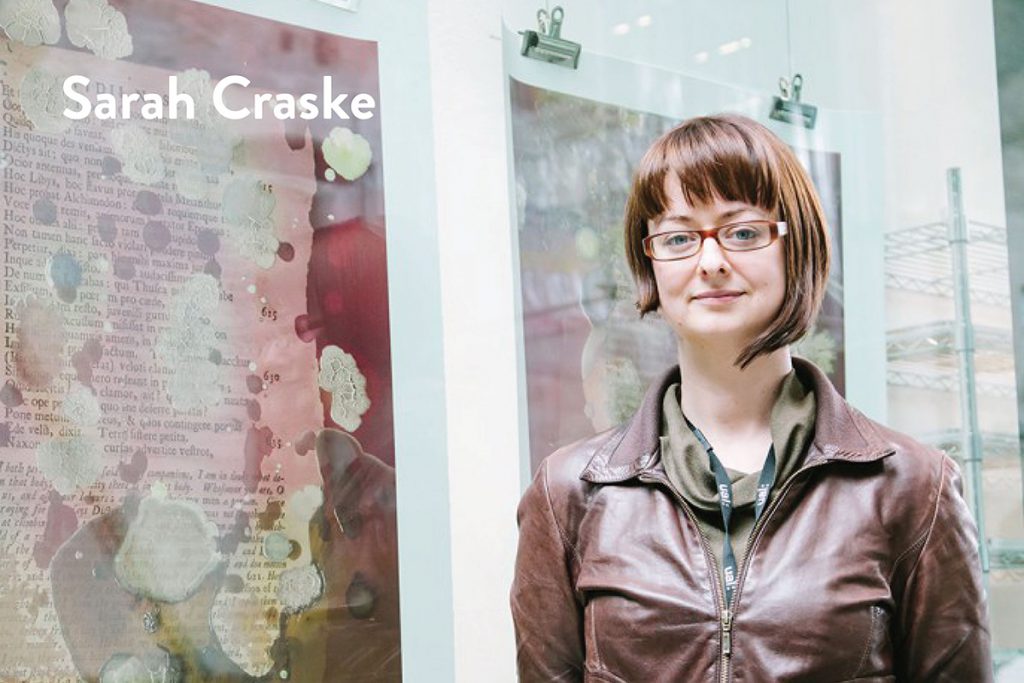 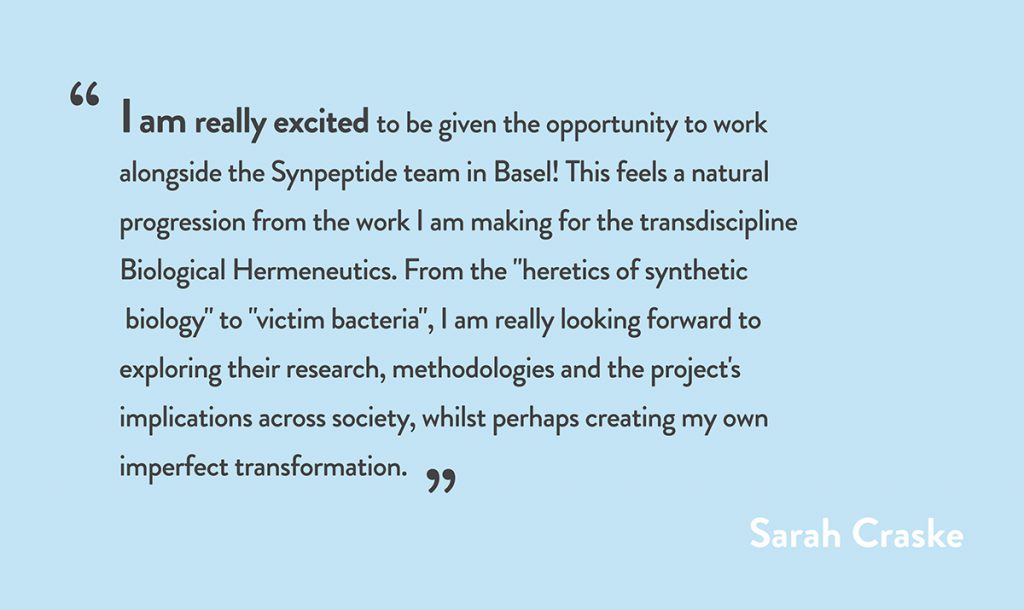 at BIOPROCESS LABORATORY, Prof Sven Panke, ETH Zürich, Basel, Switzerlandin collaboration with BIOFACTION, Vienna About Sarah Craske is a British artist, working at the intersection of Art, Science & Technology. She is interested in exploring how the concept of knowledge & data, practice & space, language & method, equipment & materials transform through transdisciplinary working and is developing her own transdiscipline – Biological Hermeneutics. Sarah was recently awarded the NOVA Award for her collaborative work with Dr Simon Park. Selected from 1300 artists. The work chosen “represents truly original creative thinking and execution, with an emphasis on craft, skill & exceptional accomplishment”. 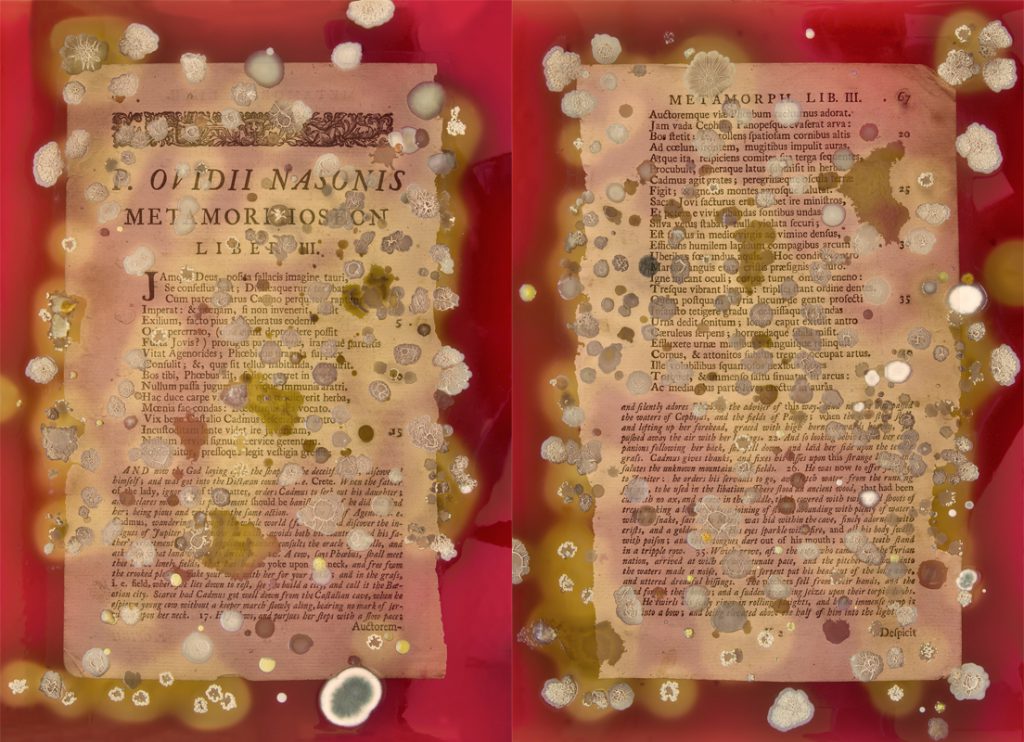 Sarah did her work in Basel with scientists and bioengineers of the ETH Zurich’s Bioprocess Laboratory. Throughout the process, Sarah spent her time working in the lab, researching about Basel’s history and constructing and editing her artwork. Since Basel has an extensive history with the chemical and pharmaceutical industries, Sarah’s research led her to the Basel Pharmacy Museum, where she gained many useful impressions for her work. She found out that cholera was one of the most significant bacterial epidemics in the history of Basel. Wishing to reflect this historical fact on her work, she looked for historic remedies for cholera and discovered medieval recipes that included garlic and an ancient panacea called Theriak. Sarah wondered whether she could combine these historic approaches with technologies and methods used by synthetic biology and decided to create her own synthetic peptide version of Theriak. As an outcome of her residence, she decided to inoculate a map of Basel with cholera, and then try to inhibit its outbreak by applying peptides, which she had designed with a special twist. Sarah’s aims were to create an artwork that plays on the cultural and aesthetic heritage used within science, disease and fighting bacterial infections, while demonstrating viable experiments that are both interesting from an art and scientific perspective. 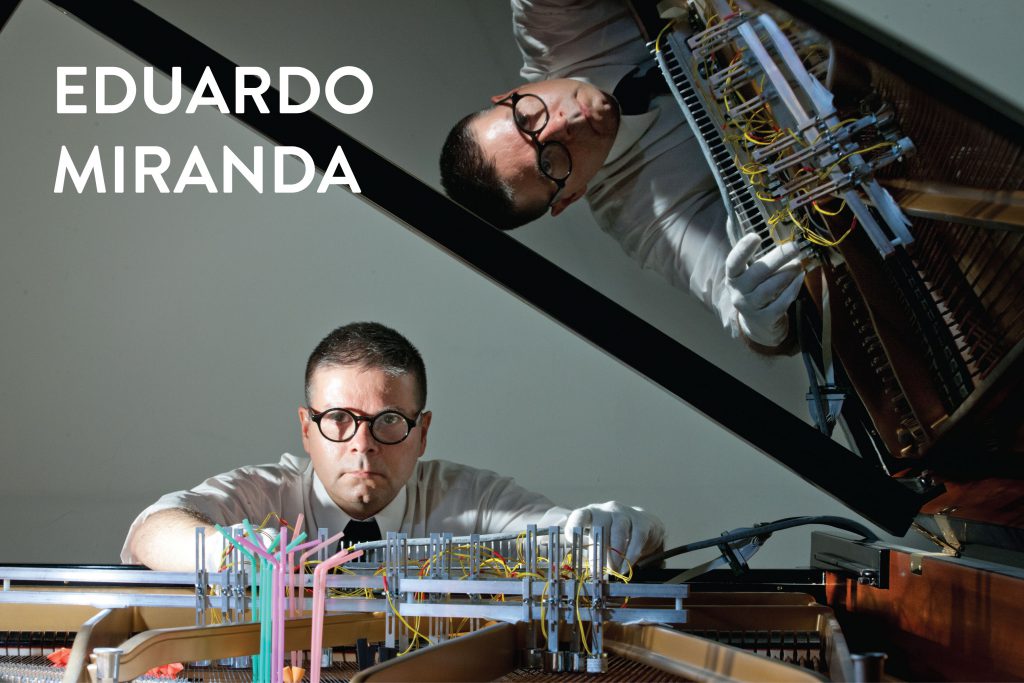 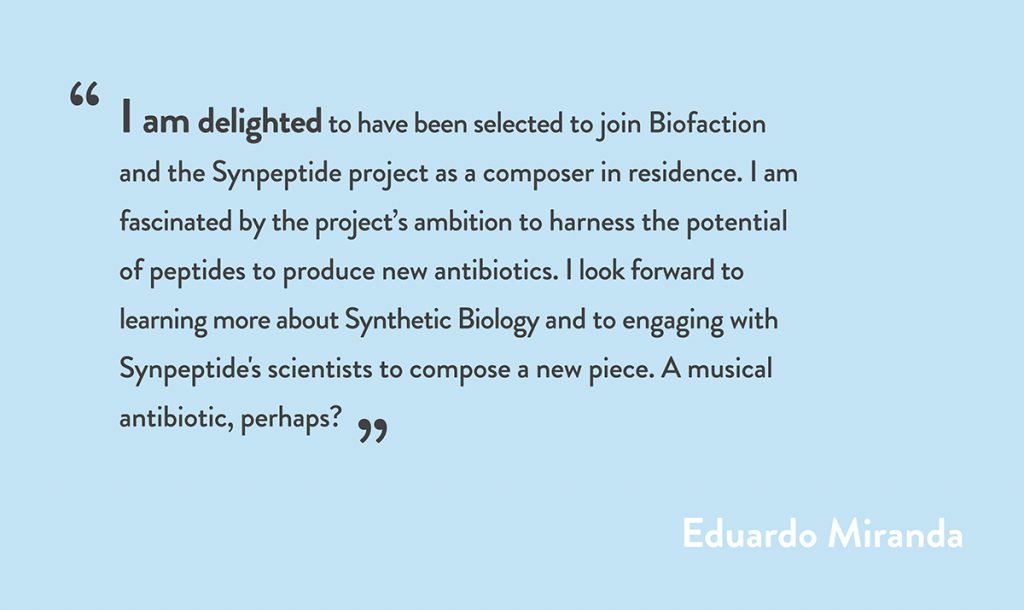 at UNIVERSITY REGENSBURG, Prof Ralf Wagner, Germany in collaboration with BIOFACTION, Vienna About Eduardo Miranda is a composer and AI scientist working at the crossroads of biology & music for over 20 years. His artistic work and research contributes to the advancement of scientific knowledge on AI, Neuroscience and Bio-engineering. As a composer his aim is to produce pieces of music that are as much as possible informed by science, rather than merely inspired by it. He has recently developed an interactive music system using an organic memristor, developed at Plymouth University.

Eduardo worked with scientists in the University of Regensburg’s Wagner Lab. After spending time in the lab learning about the structure and function of naturally occurring lantibiotics and how new kinds might be engineered, Eduardo felt that the process of synthesising new proteins reminded him strongly of his own process of creating new pieces of music. This realisation inspired him to invent a new concept: Artificial Biology, or A-Biology, which is the surreal biology of a parallel universe of musical molecules. The A-Biology framework, a Turing machine inspired process, consists of a number of pieces of software that processes strands of DNA. After generating musical molecules with the A-Biology system, Eduardo edited these molecules into an experimental musical composition, ARTIBIOTICS, for percussion ensemble and electronics.

and another clip here Wagner Lab

We published an art-science booklet “The Art of Antibiotics”, which documents both residencies. 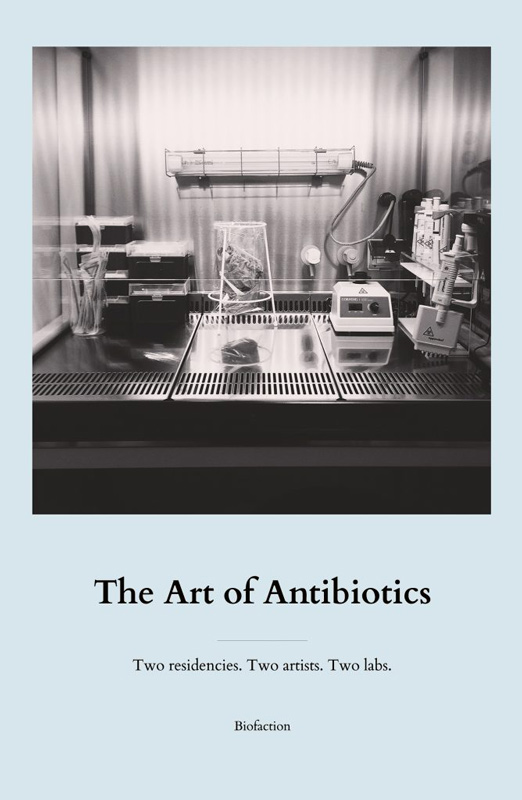 “A synthetic peptide version of the age-old remedy Theriak. A Turing machine inspired process that transforms DNA into music. Sarah Craske and Eduardo Miranda approach the antimicrobial resistance crisis from completely novel perspectives by venturing into the science lab in the scope of SYNPEPTIDE project’s art-science collaboration on synthetic antibiotics. By administering medicine to a city (map) and via the sonification of medicines, their creations open up new vistas

Here are all the places, where you can purchase your own copy to hold in your hands (either in paper or on your reader):