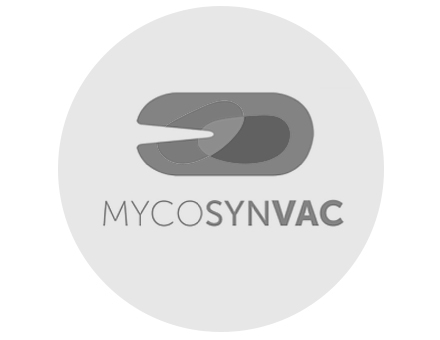 EC funded project combines gene engineering and biotechnology to design a veterinary vaccine chassis based on the living organism Mycoplasma.

Mycosplasma is a genus of bacteria that are the smallest cellwall-less, free living organisms. The lack of a cell wall makes them resistant to almost all antibiotics, so every year infections caused by Mycoplasma in poultry, cows, and pigs,  result in multimillion euros losses in Europe, the US and elswhere. Even though there are vaccines against two species of Mycoplasma affecting pigs and poultry; there is no vaccination against many Mycoplasma species infecting pets, humans and farm animals.

Now, the H2020 EU project called “MycoSynVac” aims to bio-engineer Mycoplasma pneumoniae as a universal chassis for vaccination by using cutting-edge synthetic biology methodologies. “We will engineer a new bacteria that will be used as a vaccine, as a kind of ‘living pill’”, explains Luis Serrano, Centre for Genomic Regulation (CRG) director and co-coordinator of this project. “We will remove the genes that make the bacteria pathogenic and will improve the chassis for an optimized growth in a serum-free medium. Then, by expressing specific harmless antigens from one or more pathogens, we will be able to create targeted vector vaccines.”, adds Maria Lluch, staff scientist at the CRG and co-coordinator of MycoSynVac. A second phase of this project includes targeting the development of attenuated (with the pathogen still alive) and/or inactivated vaccines (with a killed pathogen) against M. hyopneumoniae, which is infecting pigs; and M. bovis, which infects cattle.

“This project pursues an ambitious challenge and it is important for us to take into account not only the technical details but its societal and ethical dimensions”, agree both. So, in order to better address all these aspects, the consortium for this project includes research groups working on gene engineering and design of biological systems at the Centre for Genomic Regulation (Barcelona, Spain), the French National Institute for Agricultural Research (Bordeaux, France), the Wageningen University (Wageningen, The Netherlands) and the Imperial College (London, UK); the animal health company MSD Animal Health (Boxmeer, The Netherlands); the biotech company working in functional bioinformatics ATG biosynthetics (Merzhausen, Germany); a research group focused in the bioethical aspects of this project at the University of Copenhagen (Copenhagen, Denmark); and the risk assessment and public engagement company Biofaction (Vienna, Austria).

There is no effective vaccination against many Mycoplasmas that infect pets, humans and farm animals. Furthermore, most Mycoplasmas are difficult to grow without the presence of other organisms, requiring a complex media that includes animal serum. Consequently, even in those cases for which effective vaccines are available, the production process of the vaccines is hardly reproducible and prone to contamination by viruses.

In order to meet the needs of the livestock industry, MycoSynVac will capitalize on the extensive systems biology knowledge of M. pneumoniae from its partners and on cutting-edge synthetic biology methodologies to design a universal Mycoplasma chassis that can be deployed as single- or multi-vaccine in a range of animal hosts. Also, the engineered bacterium will grow efficiently and reproducibly in a defined serum-free medium, which will significantly improve its production, quality and efficiency.

Finally, researchers also foresee that the generated Mycoplasma chassis will be further developed for other vaccines as well as for other potential applications such as cell therapy, infectious lung disease therapy, etc.

MycoSynVac, that has been launched beginning of April 2015, is a 5 years project that received funding from the European Union’s Horizon 2020 research and innovation programme under grant agreement No 634942.

← BACH-BERRY World Wide Views on Climate and Energy →
We use cookies to ensure that we give you the best experience on our website. By using this site you agree to our use of cookies. Please read our cookie notice for more information. AcceptRead more