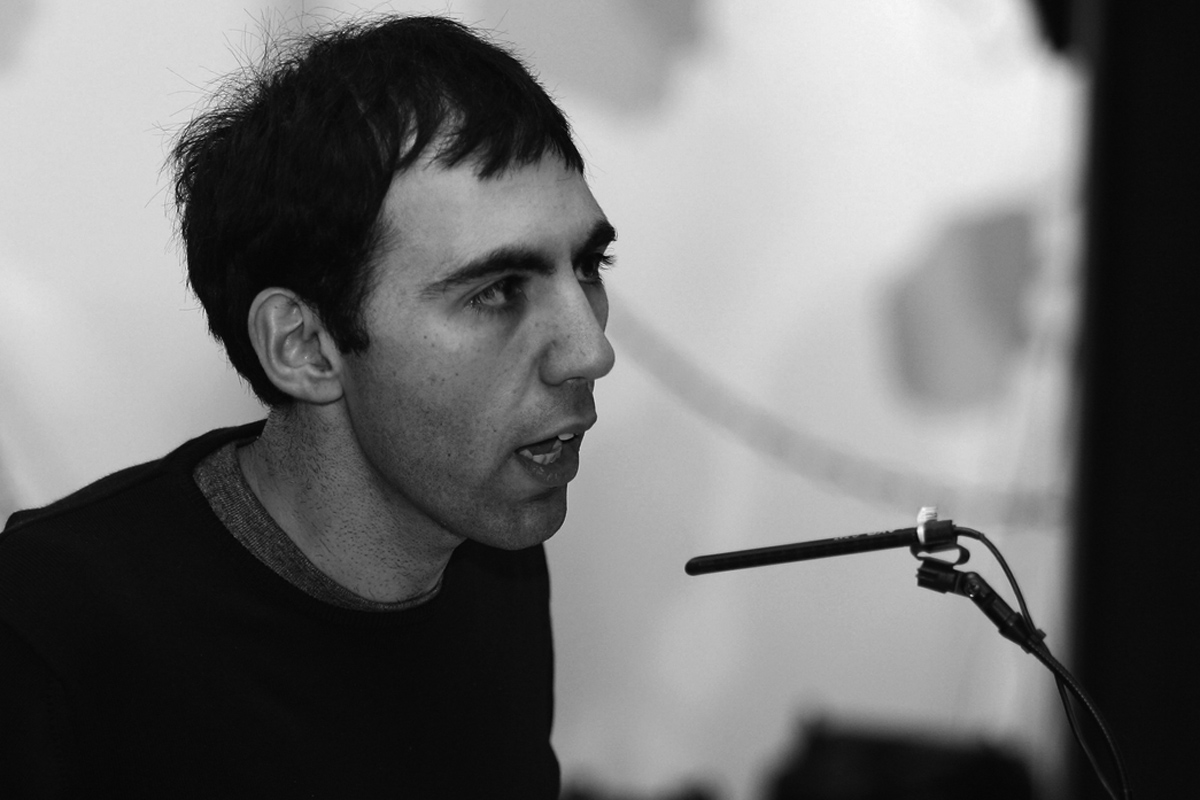 The interdisciplinary artist Orkan Telhan who is also an assistant professor of Fine Arts at University of Pennsylvania, has been chosen as the artist in residency for a six week programme at the Center for Fundamental Living Technology (FLinT), University of Southern Denmark. The art programme is initiated by Vienna based Biofaction and Orkan Telhan was chosen by an international jury. Orkan will be critically exploring bottom-up Synthetic Biology, its societal ramifications and cultural aspects, and to help envision the potential long-term changes Synthetic Biology might bring to society, through the lens of an artist.

The two-part, six week long residency will be concluded in the fall of 2015. The artist will actively engage with the scientists while working on a Synthetic Biology related artwork.

The stipend of a total of up to 7200 € is provided by the EC FP7 project SYNENERGENE (Responsible Research and Innovation in Synthetic Biology), executed by the FLinT Center (University of Southern Denmark, Odense, Denmark) and Biofaction (Vienna, Austria). 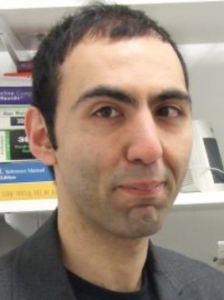 Orkan Telhan is an interdisciplinary artist, designer and researcher whose investigations focus on the design of interrogative objects, interfaces, and media, engaging with critical issues in social, cultural, and environmental responsibility. (http://www.orkantelhan.com). Telhan visited the FLinT lab briefly in May and has since then formulated his goals for the residency:

“During this residency, I am interested working with food as a common framework that lies at the intersection of society, culture, economy and scientific research. I would like to reflect on the evolution of taste in a resource limited planet where there is not enough food for everyone on board and what we choose to eat has far reaching implications to all living. After all human taste has been one of the strongest selective markers in evolution and resulted in the extinction of many plants and animals. Food inequality is another problem. Today, emerging nations are suggested to eat sugar coated ants, worms, or insects to solve their protein needs, whereas the so-called developed countries are wiping out the endangered fauna and flora in catastrophic speed. Well, because they can. However, I prefer to be a little more imaginative and optimistic about future. Instead of lamenting on sad perspectives, I would like to use this opportunity to work together with scientists at University of Southern Denmark to develop new kinds of food and dishes that can help us re-imagine taste in light of artificial life, synthetic chemistry and biology research.“

The Center for Fundamental Living Technology (FLinT) is located at University of Southern Denmark. Their scientific mission is to analyze and understand the creative forces in natural- as well as in human-made systems. This is mainly done through the study of self-organizing processes. Their main focus is to assemble the components of minimal living systems. In physico-chemical systems this means assembling protocells bottom up from inorganic and organic materials. In hardware systems the Center investigate implementation of e.g. 3D printers able to print themselves, while in computational systems they study the emergence of replicators.
http://flint.sdu.dk/

The call for applications received 48 applications from which eight were shortlisted, two interviewed and eventually one selected for the six-week residency in Denmark. The jury consisted of scientist Steen Rasmussen, artist Laura Beloff and curator Jens Hauser.

is currently the Head of the Center for Fundamental Living Technology (FLinT). His scientific activities have mostly focused on pioneering and implementing new approaches, methods, and applications for self-organizing processes in natural and human made systems. Stehen commented on why the European Commission sponsors an “artist in residence”:

“Simple living and intelligent processes will increasingly become a natural part of our everyday technology, which will change the way we live and therefore the world we live in. One way to prepare for such societal changes is to develop new stories and narratives about what could or should happen because we have choices. And such stories can best be told by artists and can help start societal conversation about where we want to go. Thus, by letting artists directly engage in and interpret ongoing scientific and technological developments new stories and narratives about our future can be developed.”

is an internationally acclaimed artist who has been actively producing works and exhibiting worldwide. In 2009- 2011 she has been a visiting Professor at The University of Applied Arts in Vienna. Currently she is Associate Professor and Head of Section at IT University of Copenhagen. Laura on the grounding reasons why artists should be considered to be taken into science projects:

„Collaboration possibilities between artists and scientists will allow artists to gain a deeper understanding of scientific research processes, and at the same time enable them to contribute with complementing alternative perspective to science research.  Artists are often able to interrogate the boundaries of disciplines and push them further. That is to say that artists are not solely providing engagement with the public but they also offer potentiality for new avenues and innovation within science research. The public engagement (and story telling) is inherently part of artistic practice, but what is often dismissed is that artist working side by side with scientists can also offer a channel for the scientists for critical reflection and dialogue about the matter at hand that goes beyond a typical science-research framework.“

is a Paris and Copenhagen based art curator and media studies scholar focusing on the interactions between art and technology. He holds a dual research position at both the Department of Arts and Cultural Studies and at the Medical Museion at the University of Copenhagen, and is a distinguished affiliated faculty member of the Department of Art, Art History and Design at Michigan State University.

is a research and science communication company based in Vienna, Austria, who initiated this artist in residency. Its core expertise is in technology assessment of emerging sciences and technology (genetic engineering, synthetic biology, converging technology), science communication, film production, and fostering the collaboration between artists and scientists. Biofaction founded and produced BIO·FICTION, the first international Science, Art and Film Festival on Synthetic Biology, which took place at the Natural Science Museum Vienna in 2014 and 2011.
www.biofaction.com

Synthetic biology is a new area of biological research that combines science and engineering. Synthetic biology emcompasses a variety of different approaches, methodologies and disciplines, with the aim to design and construct new biological functions and systems not found in nature. Synthetic biology is based on genetic engineering but goes much further. It aims at creating whole new biological functions, systems and eventually organisms. Here is how the European Commission’s Scientific Committee on Emerging and Newly Identified Health Risks (SCENIHR) defines it:

„Synthetic Biology is the application of science, technology and engineering to facilitate and accelerate the design, manufacture and/or modification of genetic materials in living organisms“