MC Grease is in da Cows! 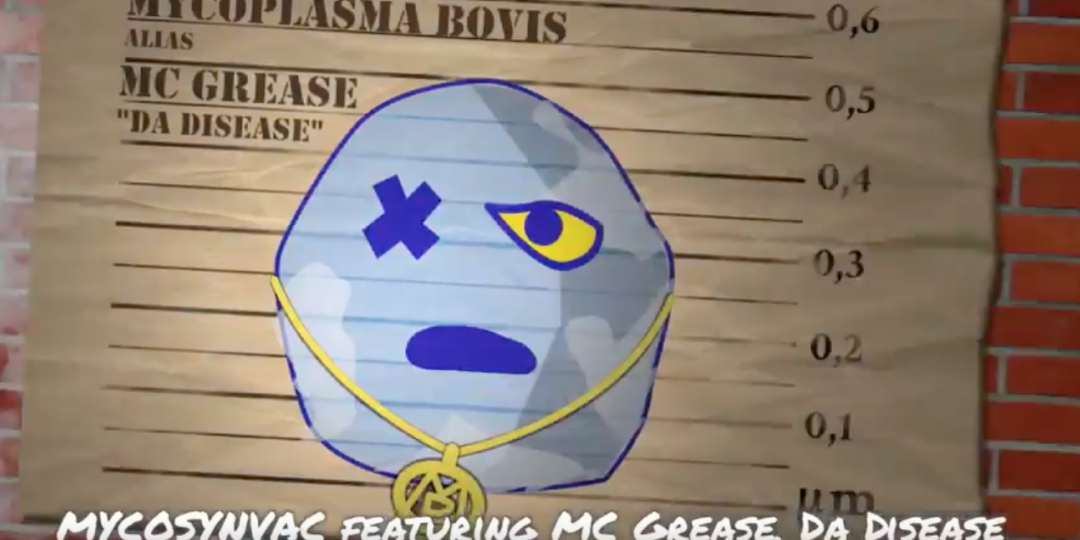 MC Grease is in da Cows!

In this music video produced by Biofaction, MC Grease da Disease, A.K.A. Mycoplasma bovis, is a pathogenic bacteria that causes diseases in cows. Unharmed by even antibiotics, he lives unhindered like a rogue in the cow’s lung, until the researchers of the EC H2020 funded project MycoSynVac discover a really ingenious way to fight him off. The scientists take a close relative of MC Grease, called Mycoplasma pneumoniae, and make him “an offer he can’t refuse”. Not unlike in a witness protection program, the scientists provide M. pneumoniae with a totally new identity by reprogramming his genome. By doing that, they’re able to create a synthetic vaccine that trains the cow’s own immune defense system – which means that it becomes strong and smart enough to find and kick out M. bovid.