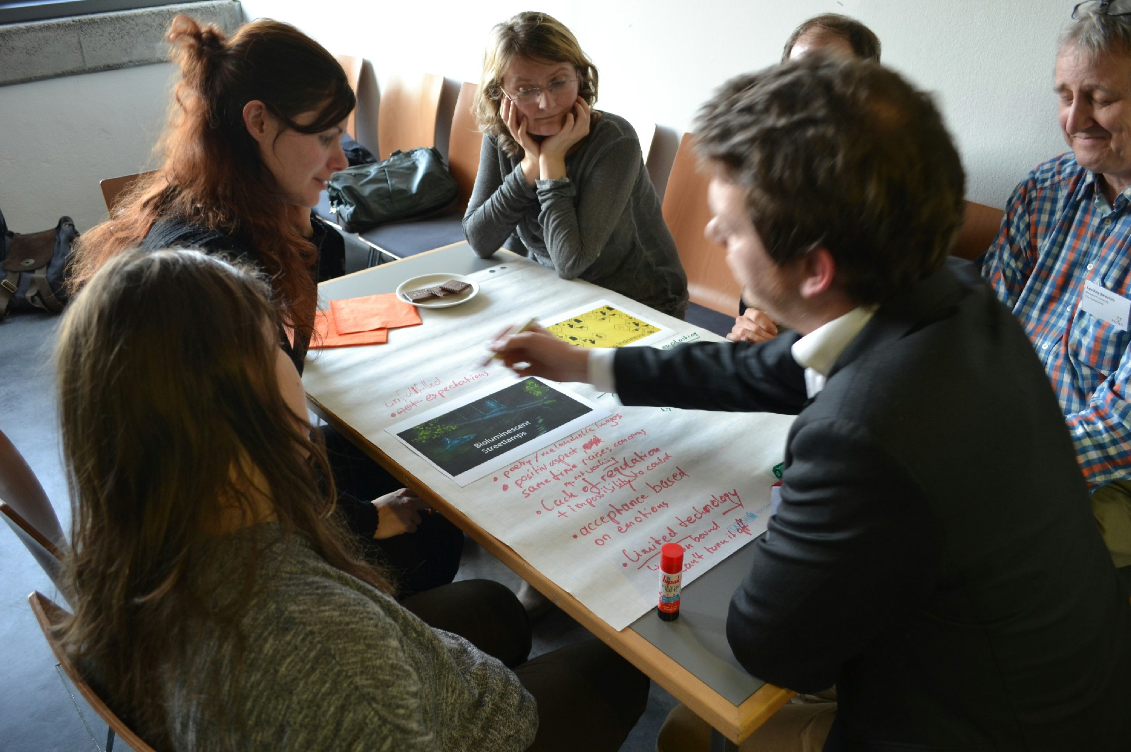 Wolfgang Kerbe (Biofaction) and A. Khodzhaeva (ITAS/KIT) presented the Interactive BIO·FICTION Film Lounge at the PaciTA conference in Berlin on 26 February 2015.  A selection of films was shown from the BIO·FICTION Science Art Film Festival 2014, that were the basis of a number of group discussions on the future of synthetic biology and its ramifications for society. The session was held in a style similar to that of a world café. 21 participants from the TA community joined lively conversations on the content of the films and the associations they would find in the context of different visions of synthetic biology. 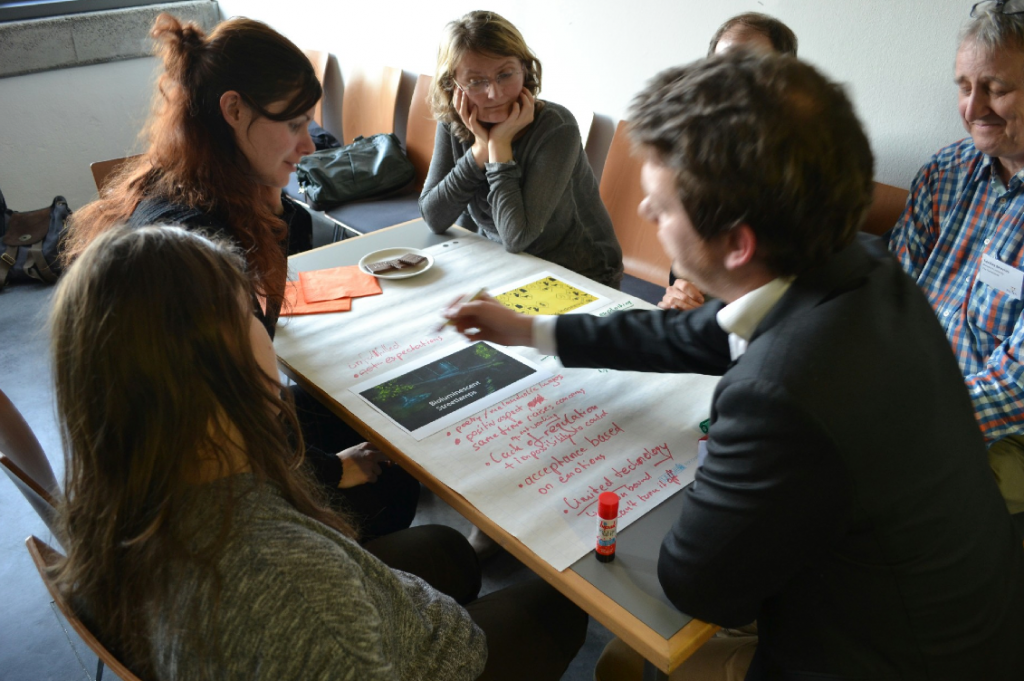