Easy access and misuse of antibiotics are causing an alarming variety of harmful bacteria to develop resistance to existing medicine. Eduardo Reck Miranda’s Artibiotics, for percussion and electronics, portrays an imaginary struggle of to defeat a mutating drug-resistant pathogen in a surreal biological world of musical molecules.

Artibiotics was commissioned by Biofaction in connection with the Synpeptide project  aimed at inventing new antibiotics. It will be premiered by the phenomenal Ensemble Bash at Peninsula Arts Contemporary Music Festival in March 2018: Decoding Music.

Artibiotics embodies the new concept of Artificial Biology, conceived by the composer during a residency at University of Regensburg’ Wagner Lab . Wagner Lab is developing synthetic biology approaches to engineer new kinds of antibiotics based on naturally occurring substances.

The more the composer learned about Wagner Lab’s work, the more fascinated he became by the idea of synthesising new chimeric molecules recombining and shuffling the DNA coding for existing proteins. He wondered if it would be possible to develop this idea further, to a position where the very biochemistry of Biology would become chimeric, blending musical and biological processes.

Miranda’s team at Plymouth University’s Interdisciplinary Centre for Computer Music Research (ICCMR)  developed software that synthesises music from DNA sequences. He invented a method to encode music using the DNA information of certain amino acids, which enabled him to design fictitious bio-musical proteins, referred to as articins. A number of articins and musical renderings of existing proteins will be trialled in the musical struggle to defeat the pathogen.

Below are excerpts from some of the musical renderings that will be trialled in the musical struggle. Which one will defeat the pathogen? The most highly rated artibiotic will be unveiled at the premiere. 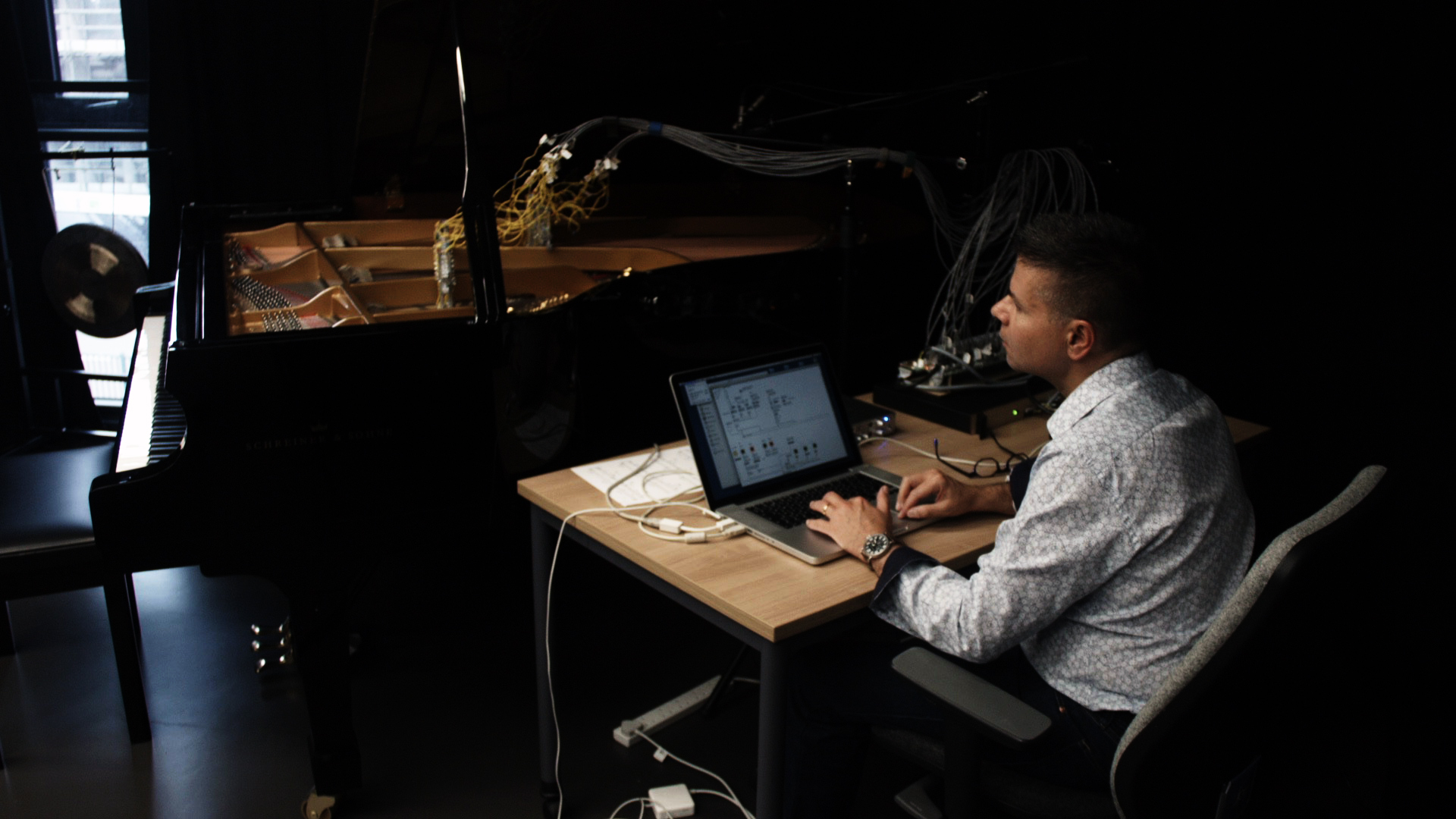 Rate from 1=Worst to 5=Best

To enter your rating please hit the “Submit” Button at the bottom of page.