Biohacker article in The Economist

Biohacker article in The Economist

The Economist has published an article about Biohackers, discussing its opportunities, risks and connections to entrepreneurship and art. The article is also based on an interview with Biofaction’s Markus Schmidt.

“IT LOOKS like an experimental cooking class as participants taste a green powder, pull faces and then mix it into a concoction of fruit and milk. But the event organised by Open Wetlab in Amsterdam has a more serious goal than to come up with new recipes for smoothies: finding ways to make spirulina—an algae which is full of proteins and vitamins, but tastes disgusting—more palatable.

Welcome to the world of biohacking. In its original sense, hacking involves taking things apart and putting them back together again in new ways. Such tinkerers helped to create the “maker movement”, which has grown into a worldwide community of people constructing things ranging from 3D-printed jewellery to robots. Biohackers have also started to organise themselves, under the umbrella of a movement called DIYbio….” 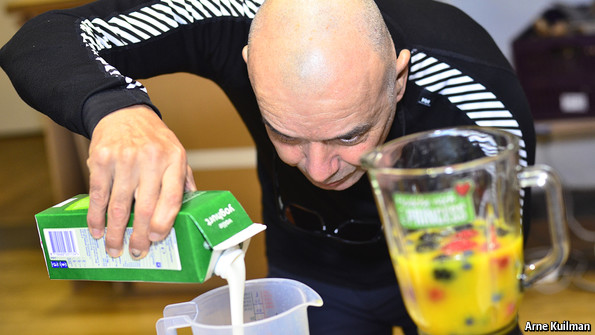