Our BIO·FICTION Science Art and Film Festival started tremendously into the new year 2016. 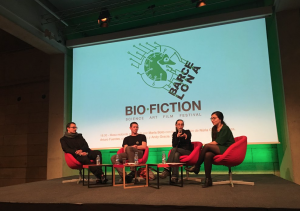 On 23rd of January, BIO·FICTION was hosted by the Center for Contemporary Culture Barcelona (CCCB) as part of their “Human+” exhibition. The film screening was followed-up by a panel discussion with  Núria Conde (biologist), Arturo Fuentes (scientist and cineast) and Andy Gracie, (artist). 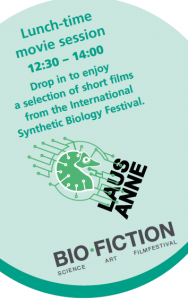 On 16th of February we will be in Lausanne, Switzerland, showing the films and discussing research breakthroughs and social impact of synthetic biology young scientists. The event is hosted by the Science and Policy Platform of the Swiss Academy of Sciences.

Later we will be in Japan, February 20/21, for the BIO·FICTION@Tokyo screening. A collaboration between the cultural forum of the Austrian Embassy, the Tokyo Institut Francais, Metaphorest and Biofaction KG. Thanks to the magnificent Austro-Japanese Georg Tremmel for pulling the strings.

In March the festival will go down south. March marks the short summer season in Antarctica and the scientific stuff at McMurdo and South pole will have the chance to alter their daily polar routines to watch the BIO·FICTION short films!