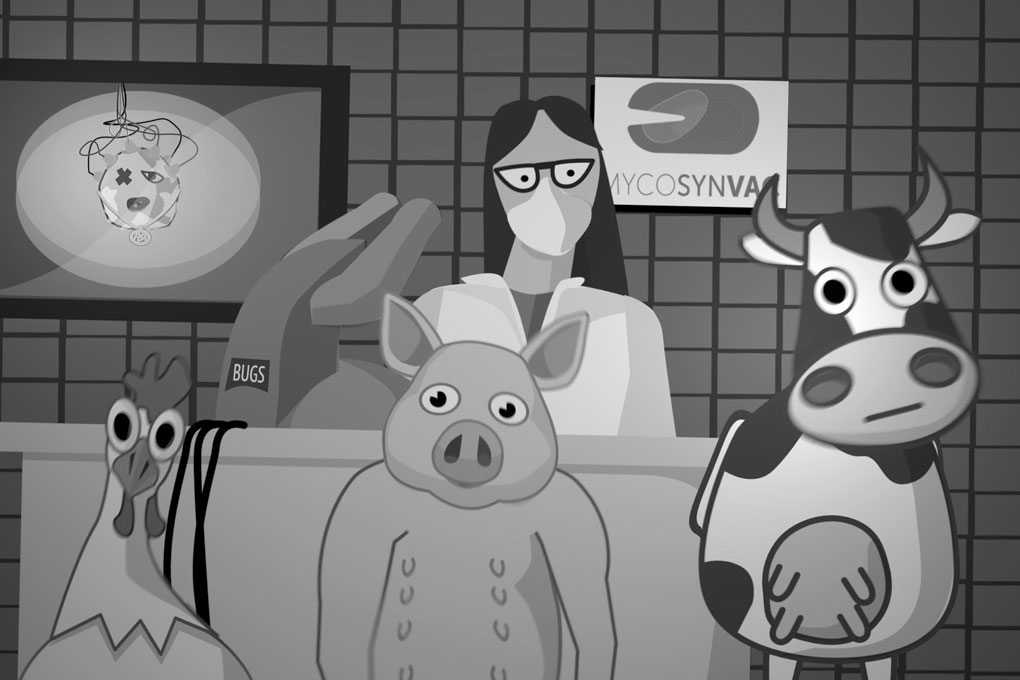 Biofaction ventured into new territory to illustrate our project MycoSynVac. We’ve created an animated music video starring a pathogenic bacterium, MC Grease da Disease, A.K.A. Mycoplasma bovis, that causes diseases in cows. The video aims to raise awareness of the science and its societal ramifications in an unusual way.

Traditionally, bacterial vaccines are made from simply inactivated or attenuated pathogens, which are deployed to ‘train’ the immune system of the host. In many Mycoplasma species, however, these vaccines don’t work very well. MycoSynVac aims to develop novel types of vaccines to fight mycoplasma infections in farm animals. Its goal vaccine is not just a mere attenuated pathogen, but a reprogrammed organism that has to be, so to speak, ‘semi-infectious.’